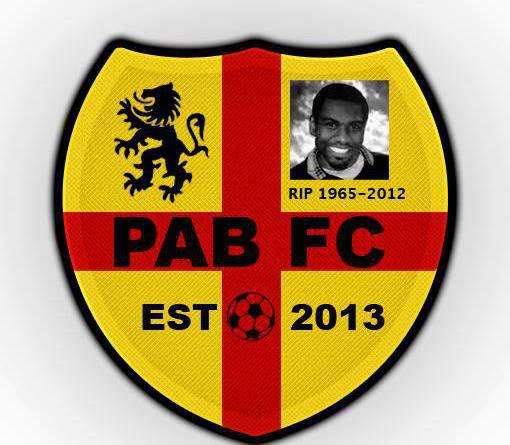 PAB Football Club was formed in June 2013. The club was formed in honour of Paul Anthony Burke who sadly passed away in May 2012 to cancer. His nephews and their friends decided to form a team in his name.