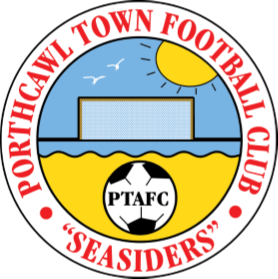 Porthcawl Town AFC has been in existence since 1947 with football played at Locks Lane since that date. The club has come a long way in the last 30 years in the early 1990’s becoming one of the most respected outfits in the South Wales Amateur League. Between 1990 and 1994 the club won almost every honour the league had on offer, also during that time the South Wales Intermediate Cup was won.

With improved facilities at our Locks Lane home, including the completion of our long awaited Clubhouse, Porthcawl Town AFC have seen improved fortunes in the South Wales Alliance League; with club stalwart Ray Walker and Damien McCann beginning the revival, coming close to a first promotion for a number of years for the club in season 2017/18. Barrie Jones continued the improvement in 2018/2019 with the Club winning its first trophy for a number of seasons by winning the South Wales Alliance League Division 1 title.